Jaco Naude is a firmware and hardware design engineer and has been working for the Experimental Radar Systems group at the CSIR in South Africa for the last 4 years. Before that, he has done technical support at Xilinx on their DSP cores and System Generator for 2 years. Jaco has done a lot of research into ways to make firmware design management, sharing and packaging easier. The result of this effort is a tool called [Scineric Workspace](http://scineric.csir.co.za). Lastly, Jaco is a fan of the Qt C++ framework and the author of an open source Qt library called [Qtilities](http://www.qtilities.org).

The Scineric Workspace logo represents the outline of a hippo, a common animal in South Africa where the product is developed. To understand why a hippo is used, a picture of a hippo underneath water is required first. In the Afrikaans language there is a saying “die oortjies van die seekoei” (the ears of the hippo) which is roughly the same as the English expression “the tip of the iceberg”. This is because there is big hippo behind those two little ears that you see. This expression is perfect to describe Scineric, mainly because it solves many problems and depending on your background, the things you find useful will differ from someone with a different background. 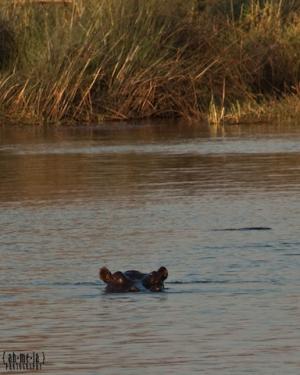 Scineric is a product that is difficult to describe in one or two sentences. But if it needs to be done, one possible way to summarize it is:

Scineric Workspace is a product which can help you to manage sets of files (called a design) with complex dependencies between them in a structured way. Customizable structures can easily be shared and enforced between different designs or team members. In addition it provides many features such as advanced build management, package management and a Tcl scripting interface to manage designs.

Scineric Workspace is a cross-vendor firmware build and management environment. A wrapper for many back-end tools doing the hard work for you by abstracting multiple environments through a modern and intuitive GUI

If you are a firmware engineer you are probably wondering how it can help you. To answer that, see if you’ve ever ran into one of the following problems and if you had, Scineric has a solution for that.

If you think that it will be difficult to get Scineric going, it won’t. We’ve spent a lot of time in order to make it integrate nicely with many different external environments. You are probably using Sigasi because you are reading this blog and if you are, it’s even easier for you than for most other environments. We created a Sigasi Sync plugin which sync’s your design between Scineric and Sigasi. Thus, you can continue to develop your designs in Sigasi like you always did, but with a powerful design management environment at hand where you can manage, build and package your designs. This integration is demonstrated below:

Scineric Workspace is a research tool where we’ve taken the first step to making firmware design management and packaging a trivial task. We’ve realized that most people just want things to work, they don’t care how it happens and we’ve created a platform that attempts to do just that. There is an evaluation version out, try it and let us know what you think. If you are interested and are wondering how we do it, check out our blog post that describes the Scineric architecture.

To finish off, here is an introduction video showing the main parts of Scineric.

Guest Blog: Scineric and the ears of the hippo