In a previous post “Generate VHDL Doxygen documentation in Sigasi”, I wrote about how you can use Doxygen in Sigasi to document your VHDL designs.

Doxygen tries to make the documentation process easier by extracting information from your VHDL source files. The biggest advantage is that there is only a single source for both your design and your documentation. While this gives no guarantee for the design staying in sync with the documentation, it certainly makes it easier.

But although I like the base idea of Doxygen, it has some annoying disadvantages:

For these reasons, we developed an alternative, based on Sigasi Studio’s internal VHDL analyzer. We stuck with the base idea, but followed a different approach to overcome the disadvantages. 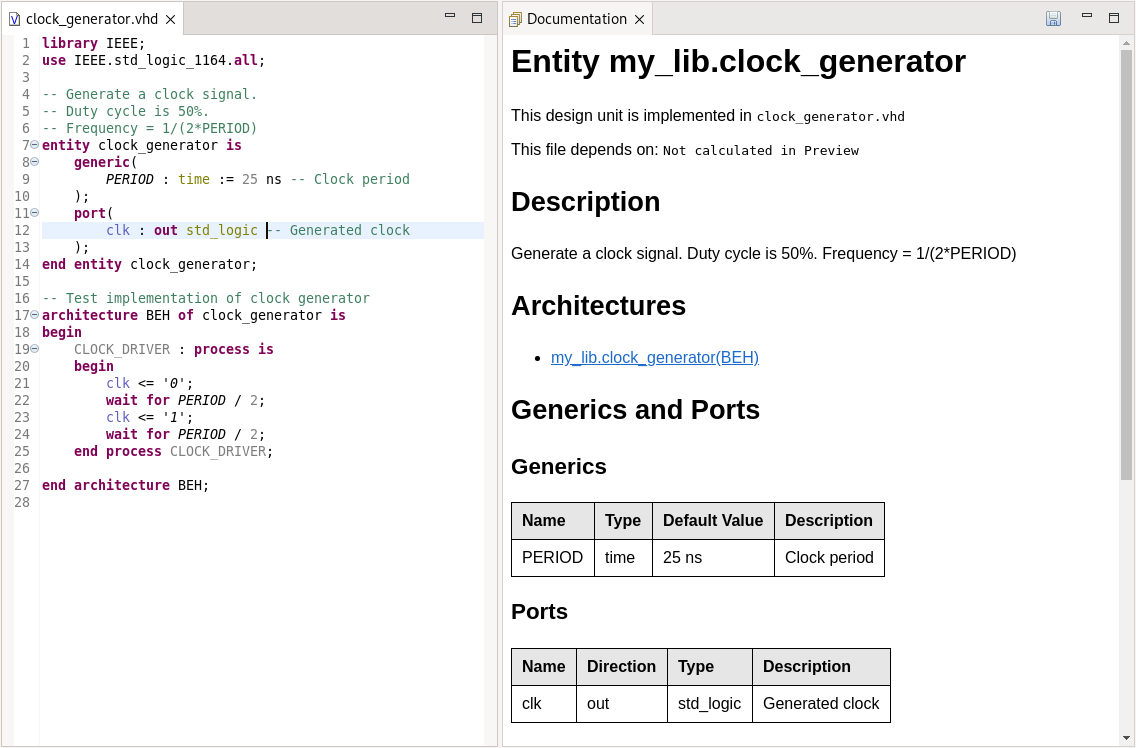 How does it work?

Sigasi Studio creates the HTML document with your project’s documentation in multiple steps:

We developed an easy but powerful alternative for DoxyGen. It is very easy to get started with, and encourages good practices. So I invite you to try this out yourself. Even with a Sigasi Studio Starter license, you can open the Documenation Preview View.

This article was revised for the 4.8 release where the deprecated PDF generation was removed.