Sigasi Studio now warns you if a component declaration and its matching entity get out of sync. This is a common annoyance in HDL design that is typically discovered late in the design flow. Sigasi Studio now reports mismatches immediately, at type time.

You can easily update a component declaration to match its entity declaration by applying the Quick Fix.

Have a look at the demo video for this new feature.

We significantly improved and optimized the way Sigasi Studio analyzes include files. We also reduced the memory footprint and improved the project analysis time. Because now all includer/included-relationships are tracked project-wide, Sigasi Studio can provide very accurate navigation without any extra configuration effort on your part. This allows you to focus on the code instead of having to track which parts of your design are in scope.

For example, to add UVM support to your project, you now only have to:

Next, Sigasi Studio figures out all relations automatically, allowing you to easily follow declarations, use autocomplete and preview preprocessor macro expansions. For more information, you should read the updated UVM example post.

The Dependencies Viewer can now display the dependencies of your entire project. This makes it very easy to recognize top levels and orphaned files.

Have a look at the demo video for this new feature.

Especially for our educational users using Apple MacBooks, we added support for the open-source GHDL simulator.

Make sure to download the latest version of ghdl from GitHub. Do not download the outdated version that http://ghdl.free.fr links to.

We did a thorough performance analysis of the SystemVerilog and VHDL autocomplete feature. This way we could vastly reduce the autocomplete latency, especially for larger projects. 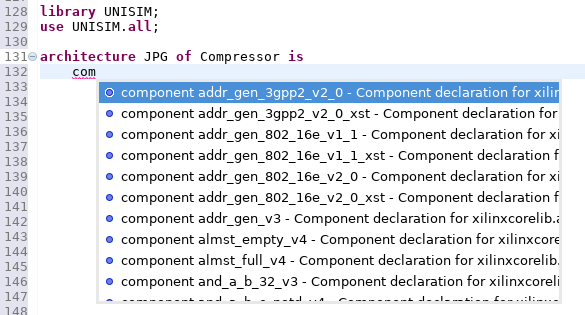 If you have Sigasi Studio 3 installed, you can Update Sigasi or Download the Latest Version of Sigasi .

Thanks for all bug reports and enabling Talkback.