We are also working vigorously on SystemVerilog improvements, but we didn’t make the 3.3 release deadline. You can expect improvements in the preview version soon. 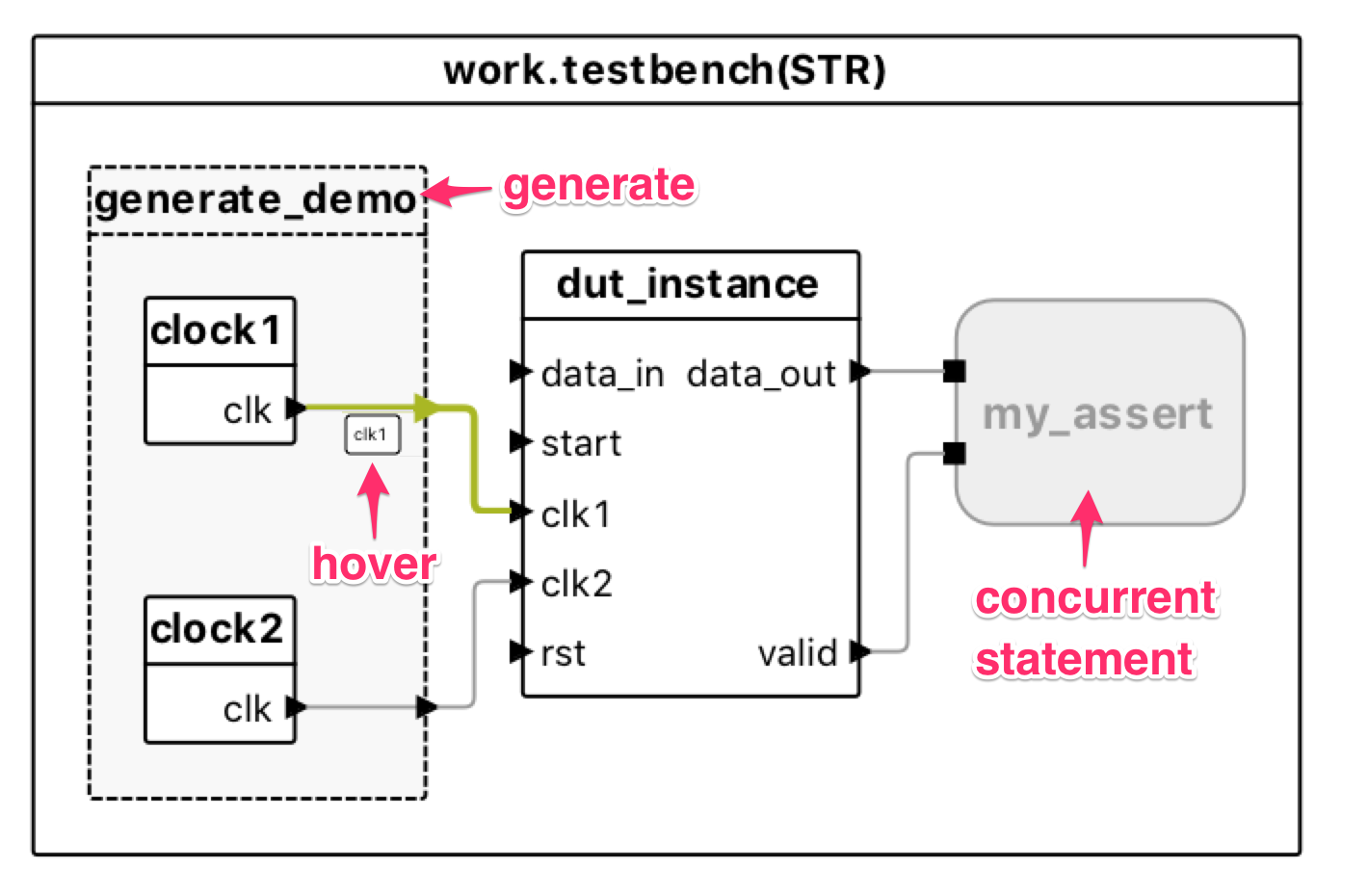 You can now hover to display more information about the ‘hovered’ objects.

If you use the Show in Block Diagram in Sigasi Studio 3.3, the Block Diagram View now centers on the corresponding graphical representation. This makes it easier to find objects in the diagram.

In addition we solved some rendering issues with overlapping labels.

If you have Sigasi Studio 3 installed, you can Update Sigasi or Download the Latest Version of Sigasi .