Sigasi 2.8 brings Makefile and CSV-file generation plus multiple other improvements and bug fixes.

Sigasi’s vcom integration is a real time-saver for VHDL-design. But you may also want to build your project in batch mode. A typical approach is to use Makefiles for command line builds. Sigasi can help you by generating a Makefile for compiling your project with Modelsim. 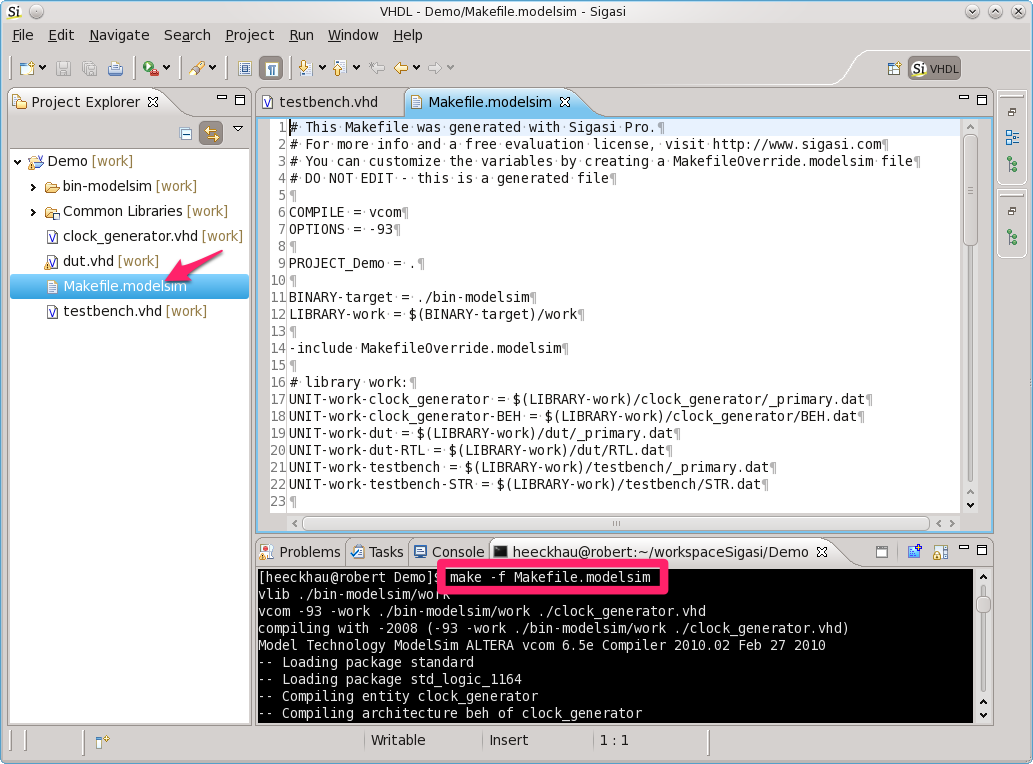 In some cases you don’t need a Makefile, but you just need a list of your VHDL files in the correct compilation order. For these cases we offer an Export as CSV File wizard. This wizard generates a file which lists the VHDL files in your project in a valid compile order. You can use your own simple scripts to manipulate such list and run any EDA tool, including simulators, synthesis and linter tools.

We have updated the eula to clarify a few points, to make it more clear how the licensing (node-locked and floating licenses) works, and to update the third party open source licenses. If you update your Sigasi installation, you will be required to read an accept the new terms. Should you have any questions about the new license agreement, please contact us at legal@sigasi.com.

If you have Sigasi 2 installed, you can Update Sigasi . You can also Download the Latest Version of Sigasi .